The past week I got to spend with my in-laws in the mountians of Virginia. Our rental home was just outside of Shenandoah Nationl Park on another mountain with a wonderful view. That first night had a great cloud-less sunset that lasted much longer than expected. 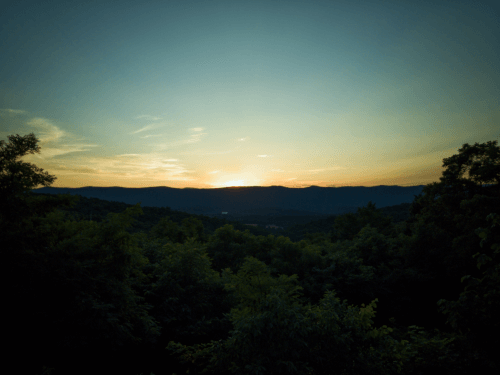 Being the hottest week of the year (for us at least) so far we spent much of the non-hiking time in the pool. It only took about five minutes before someone (not me) thought it would be a good idea to play bocce in the pool. Official rules out the window and a whole lot of tossing the balls blindly later we found a new water sport. 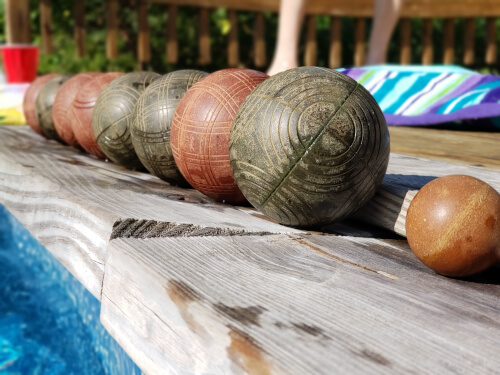 Turns out that the park has the highest bear population per square mile in the entire United States and thus signs like these were quite common along Skyline Drive, the main road in Shenandoah National Park. We still are not sure if this means bears collide with cars or if bears collide with bears. Either way we saw not one bear while in the park so we'll call that a blessing. 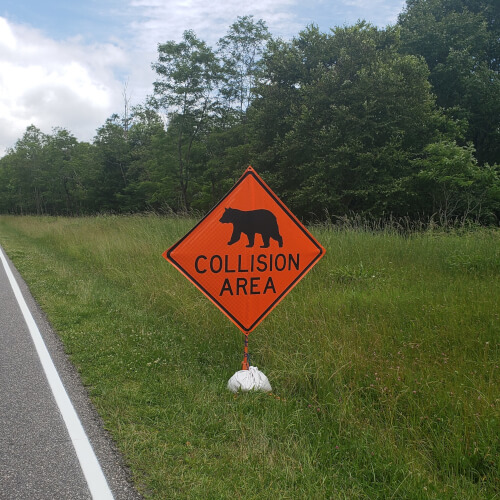 Several of the hikes we took had waterfalls. This is the first one we visited, in the middle of a three-ish mile hike. 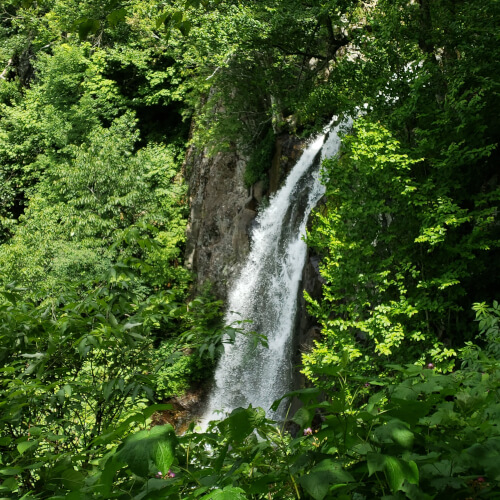 The highest peak in the park is just over 3,000 (914.4 m) feet above sea level. The hike up was fairly easy and the way down was a much more steep. It's interesting to see the vast langscape at this hight and took me back to the time I hiked up Mount Philips (formerly called Clear Creek Mountain) in New Mexico reaching 11,742 feet (3,579 m) above sea level. 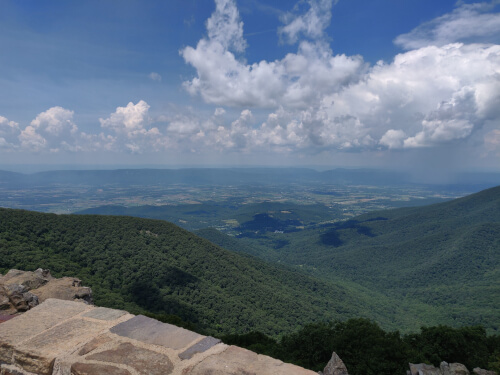 The last night it rained, giving us an amazing orange and red sunset over the rental home horizon. For as much as I don't see hiking as a vaction from work and most responsabilites it is very refreshing to be back in nature, the setting I spent so much time in as a Boy Scout. 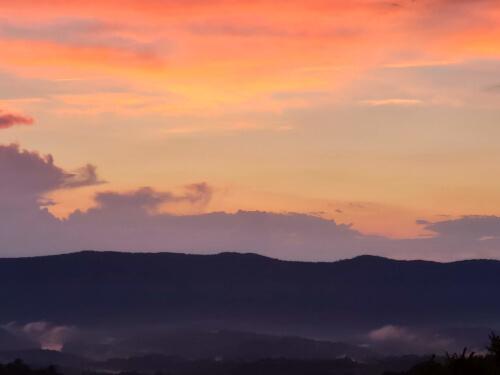